← back to
Vampire Blues
Get fresh music recommendations delivered to your inbox every Friday.

with the hole dug 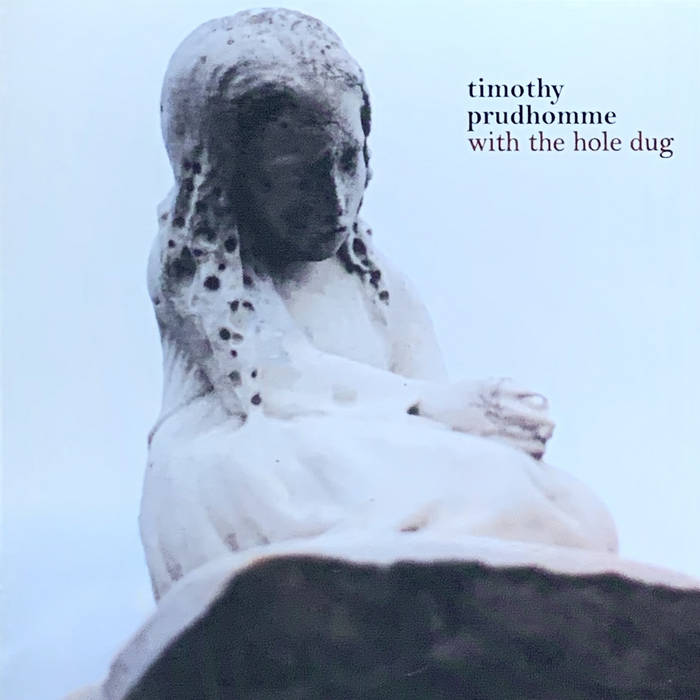 Timothy Prudhomme; Memphis singer-songwriter. Born in California. Raised in Louisiana. Began playing at the age of 16 with various new wave/punk rock combos in and around Baton Rouge. In the '80s moved to New York; with no prospects, a move to Silverton, Colorado, with hopes of working in a goldmine proved just as frivolous. Moderate success finally followed with a move to the Bay Area, whence Fuck was formed (though months later Prudhomme would be back in NYC). Over the next seven years, Fuck released five full-length albums and toured the world over, much to the chagrin of less fortunate bands. In 1999, Fuck departed from their label Matador, as Prudhomme relocated to Memphis. Following the release of Cupid's Cactus Fuck began a "prolonged" vacation. In the interim, Prudhomme has turned to the deep well of talent in Memphis, enjoining the services of friends and acquaintances - Jack Adcock (The Jug Band) on congas and bongos; Alex Greene (BigAssTruck, Lorette Velvette, Reigning Sound) on organs; Megan Reilly on vocals; Stu "Trainwreck" Sikes on drums; Geoff Soule (Fuck) on traps and piano; and Davis McCain on aborted theremin. Most of the songs on With The Hole Dug are of the painterly portrait sort; the subject sitting listlessly dead-center. From the Dickensian "Mr. Lucky" into the late night, early morning "3AM," we view the dark beauty of the hapless and the hopeless, and to surreptitiously eavesdrop on the sounds of the simple, eternal untying of knots. At the helm, Doug Easley takes on the duties of producer and player extraordinaire. Easley (infamous for his mellifluous pedal steel work with illuminati $2 Guitar, Catpower, Pavement, etc.) proffers a lavish extravagance of starkness; of notes, noize, and specialty knobs. Timothy sings and plays guitar.

Bandcamp Daily  your guide to the world of Bandcamp